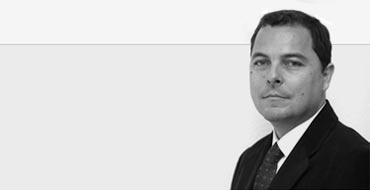 Building on the above notable qualifications, Angel then completed a course of legal practise with the Valencia Bar in 1994 before embarking on completing intern-ships and practice in several professional offices in the capital of Valencia.

Angel’s father established the firm ANGEL POVEDA Abogados in the 1950′s in Valencia city centre. Angel Poveda senior, a very well known and respected lawyer, gained notoriety in Valencian legal circles for his skills before the courts. Son Angel became partner of the firm in 1994. Shortly after becoming partner, Angel established a second office in Jávea (Alicante) in order to provide legal services to foreigners and non residents.

Angel Poveda junior built upon his father’s excellent reputation having been immersed in the world of legal practice from a young age. Angel has earned himself a formidable reputation in his own right as a litigator as well as legal adviser across a board spectrum of legal practice. Angel represents international clients throughout Spain before the Justice of the Peace, the Court of First Instance, Courts of Instruction, Appeal Courts and the Supreme Court.

Angel is a founding partner of the firm Poveda Vicedo Abogados & Solicitors and within this firm he focuses primarily on civil, criminal, procedural, employment, company and commercial law. This work takes in a number of specialised areas such as the purchase and sale of PV solar energy installations and disputes relating to same.

He has participated in numerous courses, lectures and conferences in various legal matters, both judicial and extra-judicial, organised by government agencies.

He has published legal articles of interest in several different journals in the area, especially on matters pertaining to foreign coastal residents.

Please contact Angel directly on +34.96.353.01.96 or by email to info@povedavicedo.com. Angel is available by appointment at the Valencia office or at our Javea office.

This website uses cookies to improve your experience while you navigate through the website. Out of these, the cookies that are categorized as necessary are stored on your browser as they are essential for the working of basic functionalities of the website. We also use third-party cookies that help us analyze and understand how you use this website. These cookies will be stored in your browser only with your consent. You also have the option to opt-out of these cookies. But opting out of some of these cookies may affect your browsing experience.
Necessary Always Enabled
Necessary cookies are absolutely essential for the website to function properly. This category only includes cookies that ensures basic functionalities and security features of the website. These cookies do not store any personal information.
Non-necessary
Any cookies that may not be particularly necessary for the website to function and is used specifically to collect user personal data via analytics, ads, other embedded contents are termed as non-necessary cookies. It is mandatory to procure user consent prior to running these cookies on your website.
SAVE & ACCEPT
Llamar
Dirección